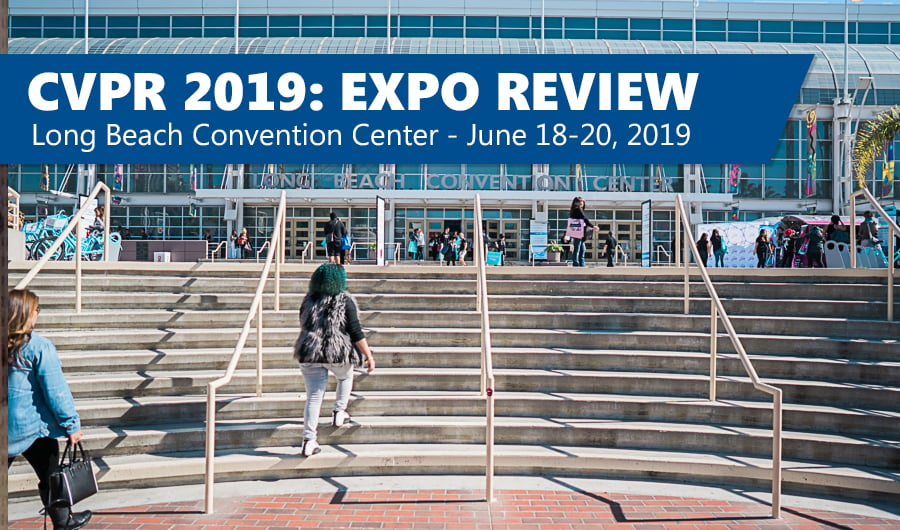 Cirrascale Cloud Services returned to the Computer Vision and Pattern Recognition (aka CVPR) conference this year, taking place in Long Beach, CA. Since its debut in 1983, CVPR has grown each year and this year's conference attendance grew 50% over last year with more than 9,250 attendees. There were a little over 1,300 papers accepted out of a pool of 5,165, and organizers reported a 56% year-over-year increase in submissions. Over 68 countries were represented overall, and CVPR received a record high of over $3.1 million in sponsorships. Over 150 exhibitors were on hand including such notable names as Lyft, Tesla, Facebook, Magic Leap, Nuro, Zoox, Voxel51 and more.

Although the exhibition itself is used to mainly target the attendees with recruitment possibilities, as well as display hundreds of posters from researchers and students, we did catch some very impressive exhibits on the show floor. However, the most noticeable thing that was present this year that we've seen in year's past was the overwhelming presence of Autonomous Vehicles. 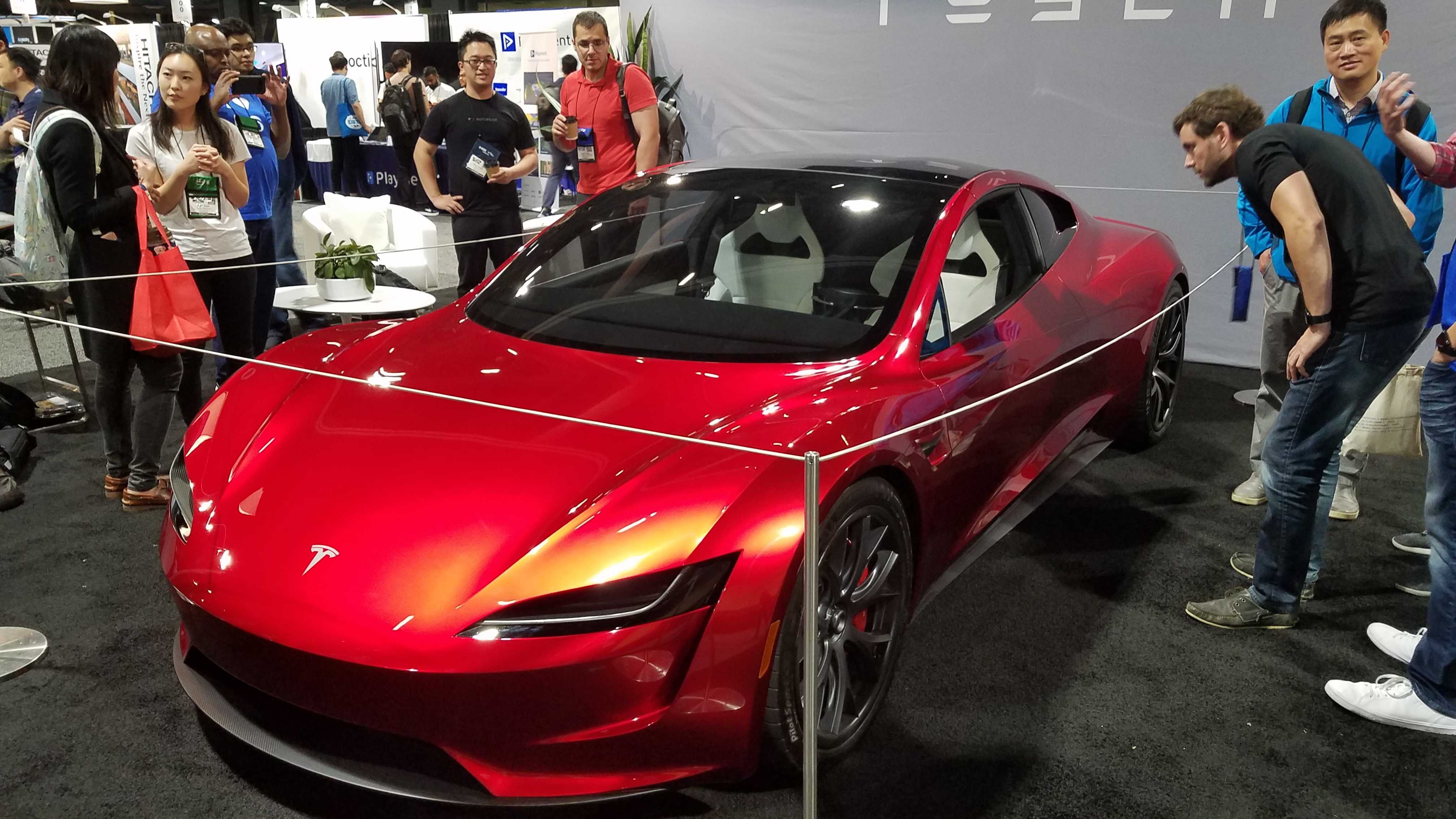 Tesla wasted no time pulling back the cover on their Roadster 2 at CVPR 2019. The all-electric supercar was the "belle of the ball" and had plenty of attention from everyone. By far, it was the most viewed vehicle on the exposition floor and this picture really doesn't do it justice. 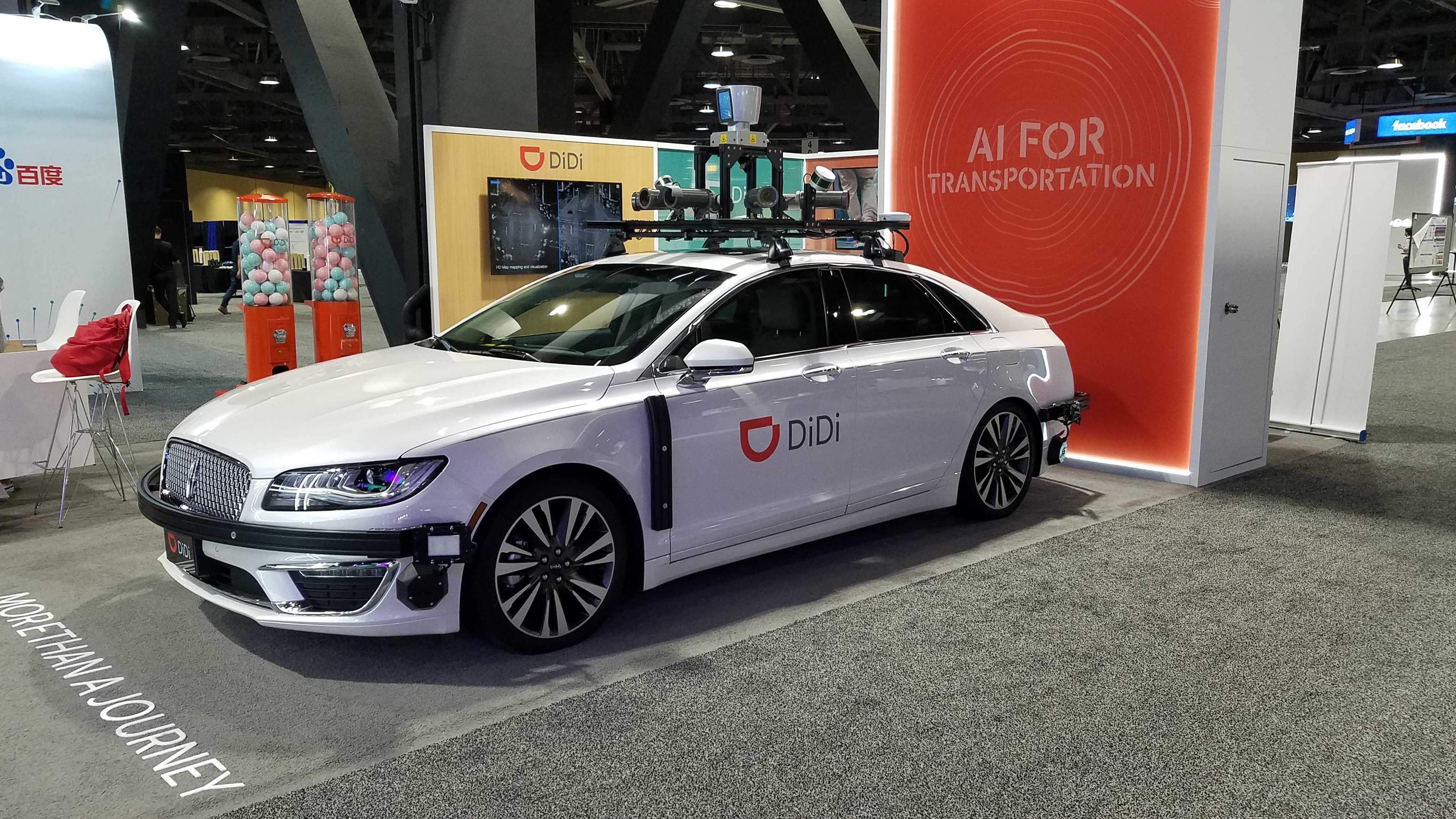 DiDi is a Chinese ride-sharing startup that acquired Uber China back in mid-2016. Their vehicle has an impressive camera array on top. 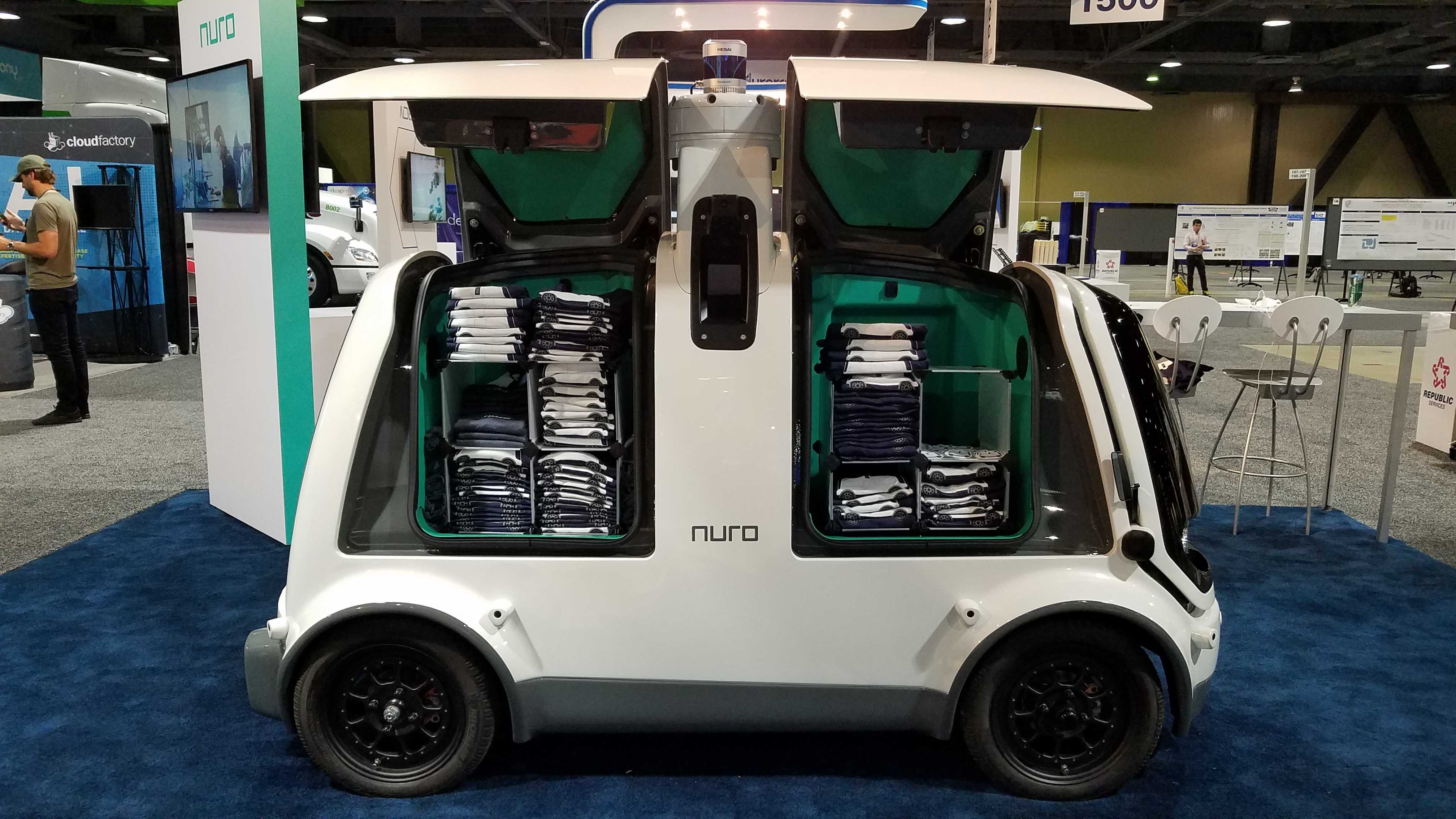 Nuro was located right across the way from our booth, so we had an opportunity to dig in pretty deep with their team to learn more about their autonomous delivery vehicles. According to staff, their vehicles have made over 1,000 deliveries so far and their expanding into other areas as well. Although the vehicles have no drivers, we did find out that they are still required by law to have seatbelts, headlights, side-view mirrors and even windshield wipers on them. Nuro is currently working on several partnerships to expand and provide their delivery services in more areas. 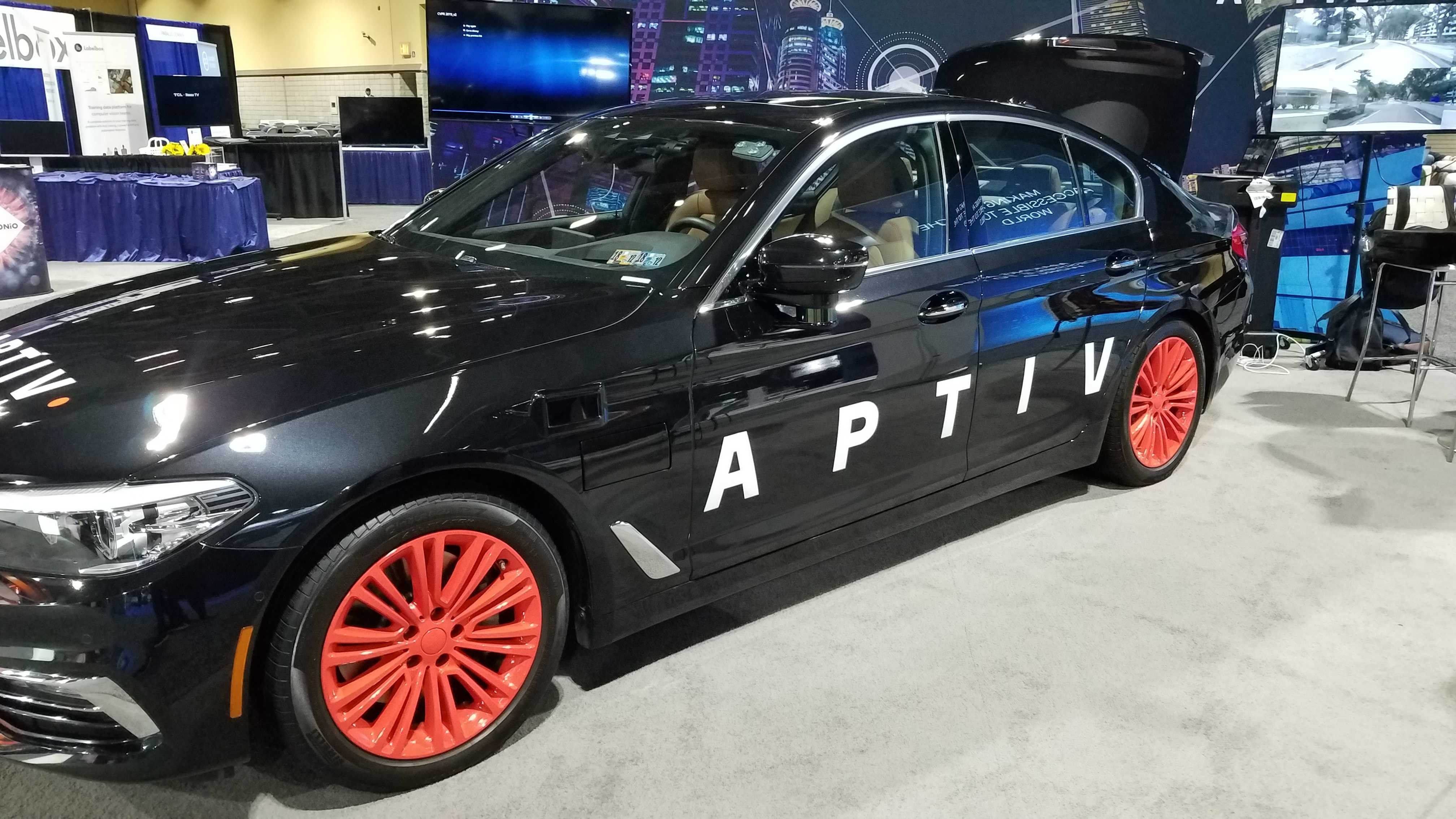 Aptiv is working on everything from Autonomous Driving to Smarter Vehicle Architecture to better Driver Experiences. Last year, they opened a 130,000 sqft. technology center in Las Vegas to showcase their end-to-end autonomous mobility business. Their vehicles have logged over 1,000,000 autonomous miles globally. In Las Vegas alone, over 50,000 rides have been provided to thousands of venues. 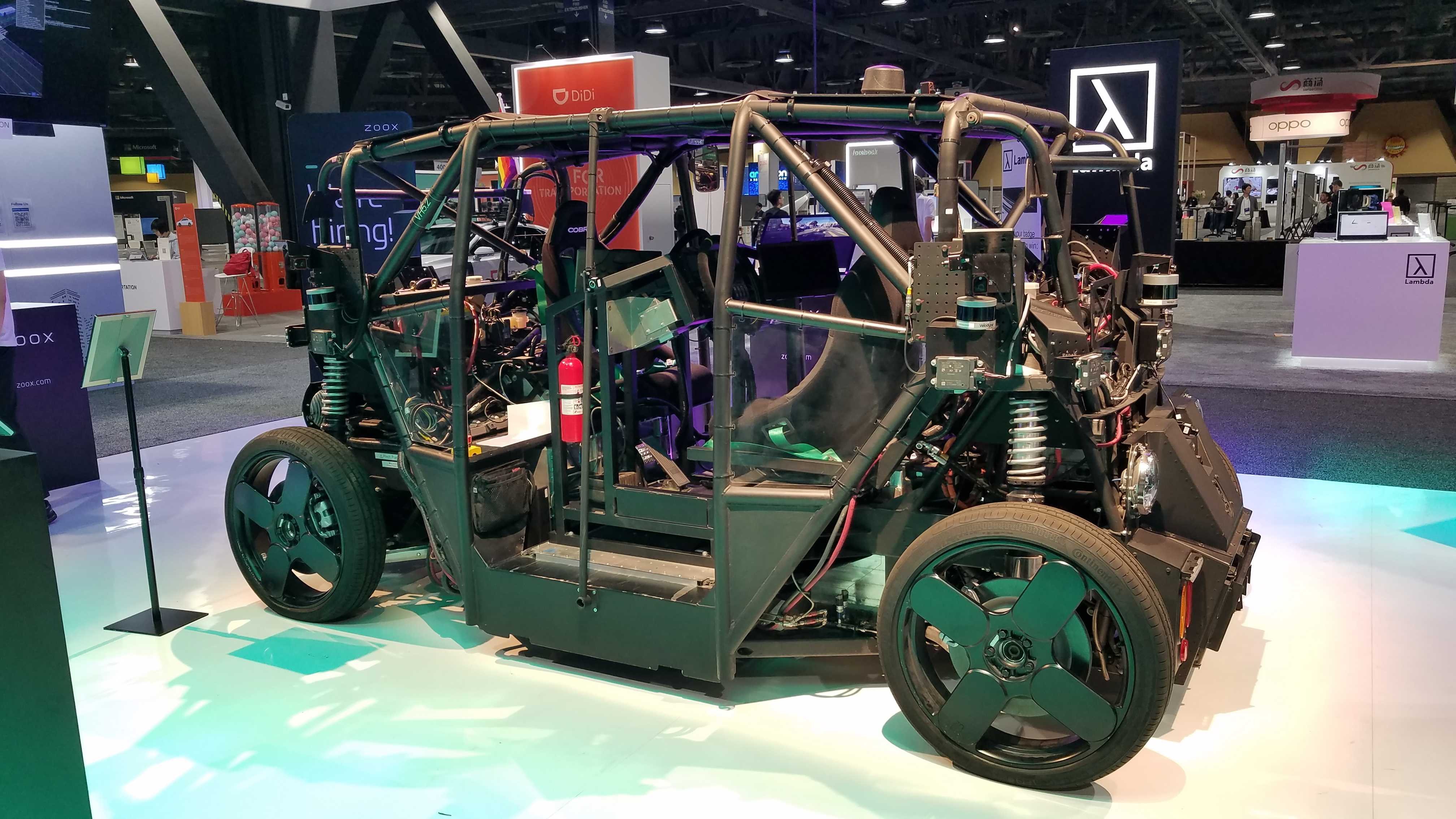 Zoox showed off their VH5 vehicle which was built in 2017. It was designed from the ground up to be a testing platform for novel hardware, software, and driving behaviors. It has a unique electric power train and has the ability to move in either direction without turning around. Booth staff did tell me that it has since been replaced by their fully representative prototypes which are not being shown yet. Zoox is working towards their final production vehicle for its ride service.

TuSimple was present with their self-driving truck. TuSimple is doing some amazing things in this field. The company's goal is to bring the first self-driving truck to market while helping to increase safety, decrease transportation costs, and even reduce emissions. As a San Diego start-up, we have a special place in our hearts for this team. We were told that sometime in 2020, TuSimple plans to remove the safety driver and engineer currently in each rig that is deployed on the road for testing, and go completely driverless. 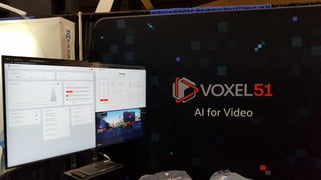 We also had an opportunity to speak with Brian Moore, CTO at Voxel51. Although Voxel51 isn't kicking out autonomous vehicles, they are helping these types of companies build insights into their video datasets with their "Scoop" product. Scoop's search is one-of-a-kind and lets you quickly distill large amounts of video into the answers you need. They offer an online demo of the platform, and free trials of the product too. Overall, companies like Voxel51 are helping these AV companies transform petabytes of raw video into useful datasets for training their machine learning models.

The exposition this year was impressive and you can see the clear advancements of technology that have happened over the last year in computer vision. For us, we had some great conversations with both the attendees and the other exhibitors. We realized once again that we are in the right business, since so many of you are struggling with soaring, variable prices from AWS, GCP, or Azure. To know that we are offering a viable, long-term solution to those that are looking to grow their machine learning infrastructure is rewarding. There's a lot of you out there, and we're here to help.