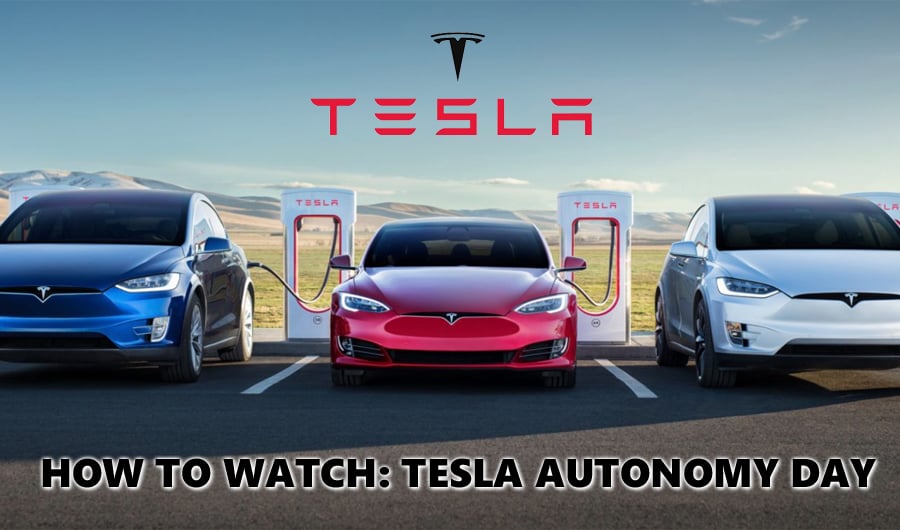 How To Watch: Tesla Autonomy Day

Elon Musk, and his team of superhumans, gave an impressive showing yesterday of exactly why everyone has fallen in love with Tesla. The Tesla Autonomy Day served as a all-in-one presentation of some mind-blowing things that Tesla is doing with their autonomous vehicles, but also provided some brilliant forward looking insight into projects that are sure to turn both analyst and consumer's heads.

Specifically, the Tesla CEO did what all good CEOs do and waited until the end of the presentation to reveal the company's big new. In this case, the fact that Tesla is aiming to have a million robotaxis on the road next year. This means that there will be a million driverless cars operating in Tesla's very own ride-hailing network (pending regulatory approval). All these cars will also be generating income for their owners.

All in all, it was a really good presentation and didn't disappoint. Albeit, the entire thing was a little more than 2 hours long, so we decided to point out some key areas that we thought you may want to jump in at and give you some helpful reference links to the video. Just click on the headlines below to launch the video at those key sections and watch.

Neural Network Training (Andrej Karpathy)
Whether you're overly familiar with NNT (Neural Network Training) or not, Andrej Karpathy does a great job of dumbing-down the content so that it is relatively consumable by the general audience. Karpathy is the Senior Director of AI at Tesla, was the originating professor of the computer vision class at Stanford, and, as Elon states, is one of the (if not THE) leading computer vision experts in the world. He talks clearly about Neural Networks, path prediction, and more.

Software Engineering at Scale (Stuart Bowers)
Bowers talks about how Tesla is using the massive amounts of data coming fromj the Tesla fleet to drive Tesla toward the ability to reach Level 5 autonomy by 2020. That software will allow fully computer-controlled driving in any conditions that can be handled by a human. Tesla’s software uses built-in progressive improvements from data received, often in the form of over-the-air updates, which has already accumulated 80 million miles and nine million lane changes.

Tesla Master Plan - Enabling RoboTaxis (Elon Musk)
This is where Musk states that Tesla owners will be able to make their cars available for ridesharing between friends, family members, and others. Tesla would take a 25 to 30 percent cut before passing the rest on to the owner. It was at this point that Elon stated, "The fundamental message that consumers should be taking today is that it's financially insane to buy anything other than a Tesla." He also went on to predict that Tesla will be making cars with no steering wheels or pedals in two years time. That's a million cars generating income for owners in 2020.

It's my opinion that Musk will deliver on his promises. Whether or not he will hit his predictive timeines is a different story. Personally, I think he may be closer than some sceptics think. Remember that this is the man that also has a team of people flying rockets back to earth so they can be reused, and landing them safely on land and in the middle of the ocean. I'm pretty excited to see what 2020 holds for autonomous driving.